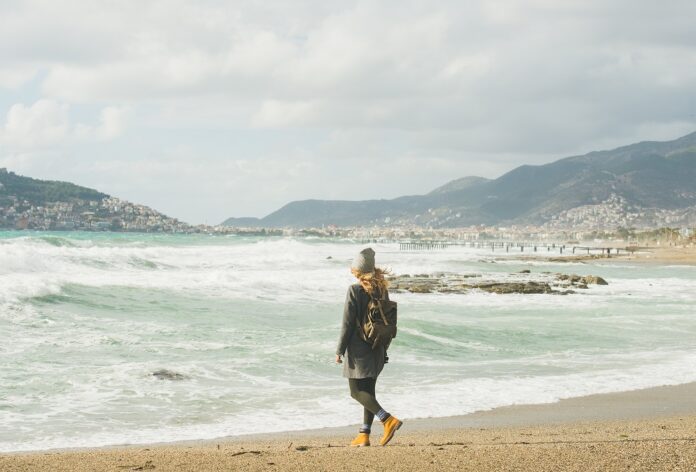 Of the many cretinous remarks that have escaped the lips of Amit Shah’s bearded visage, perhaps the most unlettered was his statement last week that the Congress only undertook yatras when they carried the ashes of their dead leaders around the country.

I do not think Amit Shah has read, or is perhaps incapable of reading, Jawaharlal Nehru’s The Discovery of India. For were he to do so, he would discover the almost lyrical words in which Jawaharlal described his many journeys across the length and breadth of the land when helicopters did not exist and capitalist cronies were not available to loan private aircrafts to political patrons: “I passed through this vast country like some hurricane, travelling night and day, hardly staying anywhere, hardly resting…I travelled mostly by automobile, partly by aeroplane and railway. Occasionally, I had to use, for short distances, an elephant, a camel or a horse; or travel by steamer, a paddle-boat or canoe; or use a bicycle; or go on foot.”

Which of these modes of travel do the BJP PM and party President use? And please also note Jawaharlal’s refusal to resort to hyperbole. He uses the distracting expression “for short distances” so as to not mislead the reader into thinking him a greater adventurer than he was. Can we expect such rectitude, such passion for accuracy, such distancing from empty rhetoric, in the present ruling dispensation?

Nehru’s travels took him “to all manner of strange places, from the frontiers of Tibet to the border of Baluchistan.” Remember this was at a time when Nitin Gadkari was not frenetically building 35 km of highway every day. To reach the remotest villages and distant corners of the country, Nehru did not have at his disposal the technology that comfortably, indeed luxuriously, flies Modi/Shah out to some distant point and back to Lok Kalyan Marg (Race Course Road) for dinner. He really had to rough it out where, at best, a Dak Bungalow, not a five-star resort, was all that was available to lay his weary head for a few snatched minutes of sleep.

And where all that Shah and Modi see on their travels are hordes of herded human sheep and fawning sycophants, here is what Nehru saw: “broad fields dotted with innumerable small villages; towns and cities I have visited; the magic of the rainy season which pours life into the dry parched-up land and converts it suddenly into a glistening expanse of beauty and greenery; the Khyber Pass in all its bleak surroundings; the southern tip of India; and, above all, the Himalayas, snow-capped, or some mountain valley in Kashmir in the spring, covered with new flowers and with a brook bubbling and gurgling through it”. Ashes? Asti?

He also saw “people, individually and in the mass”. In what is arguably the most moving passage in his writings, Nehru talks of the “people”, the people of this great country: “Sometimes, as I reached a gathering, a great roar of welcome would greet me: Bharat Mata ki Jai – ‘Victory to Mother India’. I would ask them unexpectedly what they meant by that cry, who was this Bharat Mata, Mother India, whose victory they wanted? My question would amuse them and surprise them.. (someone) would say that it was the dharti, the good earth of India, that they meant. What earth? Their particular village patch or all the patches in the whole of India? I would endeavor to explain that India is all that they had thought, but it was much more…what counted ultimately were the people of India. Bharat Mata was essentially these millions of people, and Victory to her meant Victory to these people…and as this idea slowly soaked into their brains, their eyes would light up as if they had made a great discovery”.

And, in return, what did he get from the people of India: “As I saluted them with a namaskar, the palms of my hands joined in front of me, a forest of hands went up in salutation, and a friendly, personal smile appeared on their faces, and a murmur of greeting arose from the assembled multitude and enveloped me in its warm embrace.”

What a far cry from the venom and sneering that marks BJP rallies these days. Yet, it is of this noble soul that Amit Shah believes he never went on a yatra but to carry around Gandhiji’s ashes. Shame on him!

Of his daughter, Indira Gandhi, perhaps the image of her that most fired the imagination of her people was her journeying to Belchi, “a remote village in Bihar”, says her biographer, Inder Malhotra, “deep in the heart of dacoit country”, adds journalist Janardan Thankur who accompanied her on the visit; “a risky undertaking”, in the words of another biographer, Katherine Frank, “because Bihar was a state notorious for roaming bands of dacoits who robbed and often killed travellers, and Indira no longer had security men to protect her”.

She had been comprehensively defeated in the elections of March 1977 but, just two months later at Belchi, “11 persons – eight Harijans and three sonars (goldsmiths) – were ruthlessly murdered, their hands were tied, they were shot and tossed into fire”. (Farzand Ahmed, India Today, 15 September 1977). This was part of a much larger problem: “The most heart-rending problem of the first few months was the sudden spurt in atrocities on Harijans”. (Malhotra, Indira Gandhi: A Personal and Political Biography). On arrival at Patna, recalled Farzand Ahmed, “an India Today correspondent, who joined the cavalcade, saw the people go crazy”.