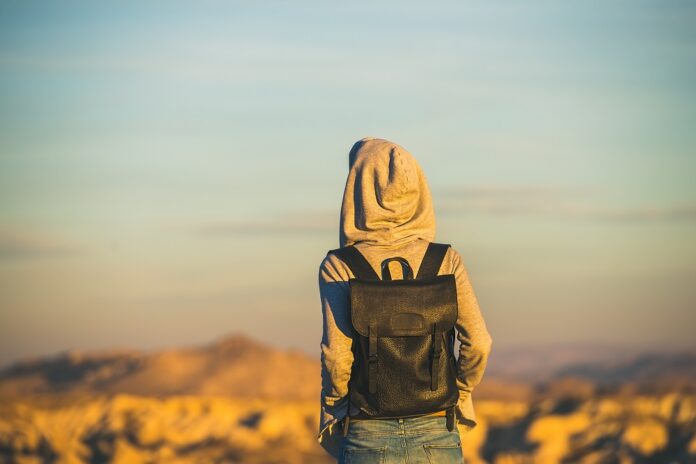 We’re not mathematicians, but we’re pretty sure the following theorem holds true: There is an inverse relationship between how badly you need a vacation and how comfortably you can afford one. That is, the more you need a vacation, the less likely you are to be in the financial position to pull one together. That’s what it feels like in our experience, anyway. Call it the algebra of exhaustion.

But what if there’s a tricky workaround? What if you could take that sorely needed week away and come home to a livable bank account? We reached out to a handful of travel agents and vacation writers to see if the dream is achievable—and it turns out, it just may be.

Here’s what we learned, all boiled down into 10 thrifty tips that’ll save you hard-earned cash on your next getaway:

1. Remember the Rule of Tuesdays.

Tuesday is an important day of the week in the world of air travel. If you can travel on a Tuesday or even Wednesday, you’ll probably get the cheapest flight of the week. Generally, people do their traveling on Thursday, Friday, or over the weekend. Demand drives prices up, so you’re more likely to find a cheap flight during off-peak times—usually a Tuesday or Wednesday.

At least, that’s what we’ve always heard. But is it really true? Yes, according to news outlet CNBC. While there’s no magic day to purchase the best deals, the cheapest days to travel are Tuesday, followed by Wednesday, and then Saturday.

Airlines use algorithms to determine prices, and these are constantly being updated based off of sales and availability, says travel writer and vice president of travel company Pruvo, Doron Nadivi.

“There is also an old myth about ordering 57 days prior to travel. Both of these suggestions are not true,” Nadivi tells us.

“Last year I booked a flight from Costa Rica to New Zealand…, returning from Bangkok to Costa Rica [11] months prior to travel. I put an alarm to check 57 days before departure and the exact same flight number, same route, same website cost four times more.”

Of course, there are always the many price tracking sites out there. Some sites even show long-term price estimates for flights, so you can plan your vacation around your budget.

Still, the real trick when purchasing a flight is to follow through when the price is good. If you see a great deal, get it, now. Chances are it’ll be gone in a few hours.

The “book on Tuesday six weeks out” rule may be inaccurate, but there’s plenty of technology available to get you where you want to be for the best possible price. Use it.

What’s the shoulder season, you ask? We explain—plus give you a few quick tips on how to avoid the tourists and get affordable flights—in the video below:

3. Be a little impulsive.

There are pros and cons to this tried-and-true technique for a quick escape from the day-to-day grind. But asking for a “cheap ticket to anywhere” doesn’t work like it used to.

Once upon a time, you could walk up to a ticket counter and get a cheap, last-second deal for an undersold flight. It was great if you didn’t much care where you were going.

But those days are over. Today, most flights are overbooked, and last-minute flying can actually be more expensive, not less. Still, the days of the 11th-hour deal aren’t over entirely. It’s just that you have to use technology to take advantage now.

Try signing up for your favorite airline’s email list. That way you’ll see any last-minute specials, and you can easily build a trip around what’s cheap. You can also check out coupon sites like Groupon, or LivingSocial for luxurious, planned getaways for a fraction of the normal price.

To improve your odds of scoring a deal, try to visit less popular cities. For instance, Aspen, Colorado is a beautiful ski town, but it’s also busy and expensive. Why not hit the slopes in Lake Tahoe, Nevada, or Brian Head, Utah, instead? You can beat the crowds, save some cash, and discover new places with this tactic.

Hotels are great, but with a new generation of travelers hotels have taken a hit. Just like Uber and Lyft are changing the world of ground transportation, Airbnb and VRBO are laying siege on the hotel industry.

Through these and similar services, you can find great deals on short-term house rentals instead of booking a bunch of hotel rooms for larger travel parties. There are also smaller sites in most every major city that will have a listing of units that are available for travelers to rent. Do your research and you’ll find the options are practically endless—and very affordable.

You can also use home-sharing apps and basically stay in a new city for free “in exchange for caring for someone else’s home and pets,” says author and world-traveler Kelly Hayes-Raitt, who traveled the world for four years straight while reporting her book, Living Large in Limbo, and racked up quite a few tricks during the process.

“I get unpaid accommodations, a kitchen to make my own meals and other homey perks like free cable and DVDs, use of a car, and no nickel-and-dime fees hotels tack on.

There are sites to set up accommodations for travelers to house-sit, or to actually swap homes for a period of time. This is a great way to get to know a new city without spending a ton of money.

“During the past eight years, I’ve house-sat in London for two months during the Olympics, Berlin, Amsterdam, Hanoi, Singapore, Kuala Lumpur, Penang and Osaka,” Hayes-Raitt tells us. “If I had had to pay for hotels, vacation rentals or even hostels in each of these expensive cities, I would never have been able to afford the trips.”